Glenbard Board of Education
Do you have a question or comment about Glenbard District 87 school business to be forwarded to the Board of Education? Click here. After you have sent your email, the superintendent’s office will communicate with the board, facilitate your concern and respond to you. Generally, emails are forwarded to the board on Fridays. 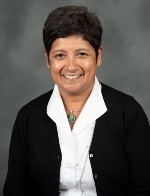 Board President Margaret DeLaRosa of Glen Ellyn was elected to the board in April 2015 and re-elected in April 2019. She and her husband have three children, all graduates of Glenbard West.  DeLaRosa has a bachelor’s degree in accounting from DePaul University. She is a business analyst for a global consulting firm. Prior civic engagement includes: community member for Glenbard District 87 Finance & Facility Committee, Glenbard West Booster board member, president of Glen Ellyn School District 41 PTA Council, president of Hadley Junior High PTA and president of League of Women Voters. 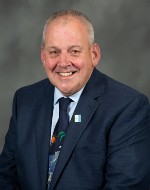 Board Vice President and Parliamentarian Robert Friend of Lombard was elected to the board in April 2009 and re-elected in April 2013, April 2017 and April 2021. Friend is a retired power mechanic with United Parcel Service.  He and his wife Susan have two daughters, who are Glenbard East graduates. Friend is a member of the Lombard Area Chamber of Commerce and Industry; Tri-Town YMCA Board of Directors and the Men’s Club at First United Methodist Church of Lombard. He is a former member of the Lombard District 44 Board of Education. 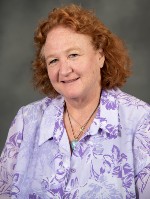 Board member Rosemarie Montanez of Glendale Heights was appointed in January 2023 and will fill the term through the 2025 election. She is a housing director for Community Housing Advocacy & Development (CHAD), a nonprofit property management company in Wheaton. Her daughter attends Glenbard North, and her son is a graduate of Glenbard North. Montanez served in the PTO at Pheasant Ridge School for four years and two of those years as PTO president. She also served in the PTO at Americana School for two years. 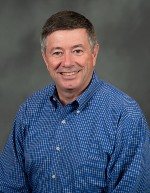 Board member John Kenwood is the North America Retail Portfolio Lead for Capgemini. He was elected in April 2019. He earned a Master of Business Administration, Finance and Marketing from the University of Illinois and a Bachelor’s Degree in Business Administration from the University of Texas at Austin. He is a former Village of Glen Ellyn trustee and former member of the Glen Ellyn School District 41 Board of Education.

Board member Kermit Eby was elected to the board in April 2021. He is an adjunct faculty member at North Central College, U.I.C. and Wheaton College. He is a retired 37-year public school social studies teacher. A Lombard resident since 2012, Eby has four children, two of whom attend Glenbard East. His community involvement includes DuPage election judge, People’s Resource Center food bank volunteer in summer 2020, Prairie Food Co-Op member, PADS volunteer, Lombard Mennonite Church and Social Justice Group. Eby is in the Ph.D. program at the University of Illinois at Chicago. He earned a bachelor’s degree from Manchester University and a master’s degree from the University of Illinois at Chicago.

Board member James E. Shannon of Glen Ellyn was appointed to the board in July 2022 and will fill the term through the Consolidated Election in April 2023. He is pastor at Peoples Community Church in Glen Ellyn. A former public school teacher, he worked in management for several large corporations and served for 25 years for the Leadership Council for Metropolitan Open Communities. He has a bachelor of science degree from Tennessee State University in Nashville; master’s in public administration from Roosevelt University in Chicago; and master’s in divinity and doctorate in ministry degrees, both from Northern Seminary in Lombard. He is married and has two children. Shannon serves on the following boards: One Community in Glen Ellyn; Credentials Committee for the Illinois Baptist State Association; Milton Township’s Mental Health; Village of Glen Ellyn Affordable Housing; Alpha Phi Alpha Fraternity, Inc.; and Our Children’s Home Stead.